My mom could have been like them. At 11, she left the small island for America. But her parents and older sister found work to support their family. They lived in a safe neighborhood, studied, and became citizens when eligible. Not all were as privileged as my mother. They were returned.

In Brava, the smallest of the Cape Verde Islands, approximately 1 in 50 residents were returned to their birthplace -- all from the United States. Their growing numbers represent what anthropologist Dr. Heike Drotbohm refers to as "a new social minority" on the small island (pop. 5,000) where my mother was born and where my family dates back over six generations.

Like my mother, most of Brava's deportees legally immigrated to America, as children, with their families. Because they did not become citizens, their various encounters with the legal system ultimately cost them their right to live in America.

These people, many of whom had no memory of their birthplace, were returned to an impoverished island where they are rejected by their own people for what is viewed as having squandered the coveted opportunity to leave in pursuit of a better life. "You come here and even your own race they look down on you," says Daniel da Silva Santos, who left at age 5 and was returned at age 29.

As an American-born Capeverdean, I see this story as an example of how intertwined issues of poverty, education, criminal justice, and immigration policy in the United States can have far reaching consequences, even into the smallest and most remote corners of the world. 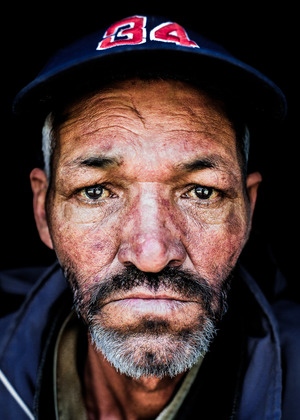 "I was hoping to be doing good there [in America]," says Carlos JosÃ© Baptista, 54, who left Brava when he was 12 years old and moved to New Britain, Conn... "That's where I got into trouble." He says he was deported when he was 28 years old for 1st degree arson. Although he struggles with not having steady employment, he is occasionally able to make a little money by going grocery shopping for people. 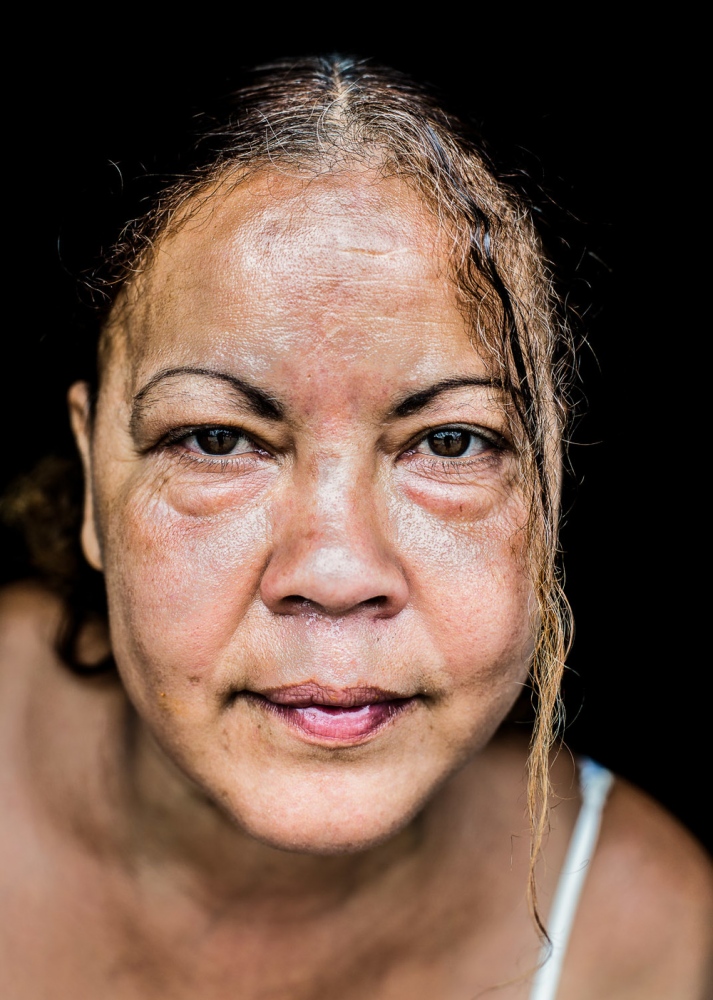 "We have nothing to offer the world here," says Alvair Lopes, 49, the only female deportee in Brava. She left the island when she was five years old and moved to Boston, MA and then moved to Clearwater, FL when she was 15. She says she was deported back to Brava when she was 39 years old after domestic disputes. She had no friends or family in Brava, and she didn't speak the language. She says she was so upset about being sent back that she had to be sedated because she refused to board the plane. "[Brava] is a nice place to visit. You can hear a pin drop, it's so quiet. But to have to live here every day, you can't make a living, there's no work." 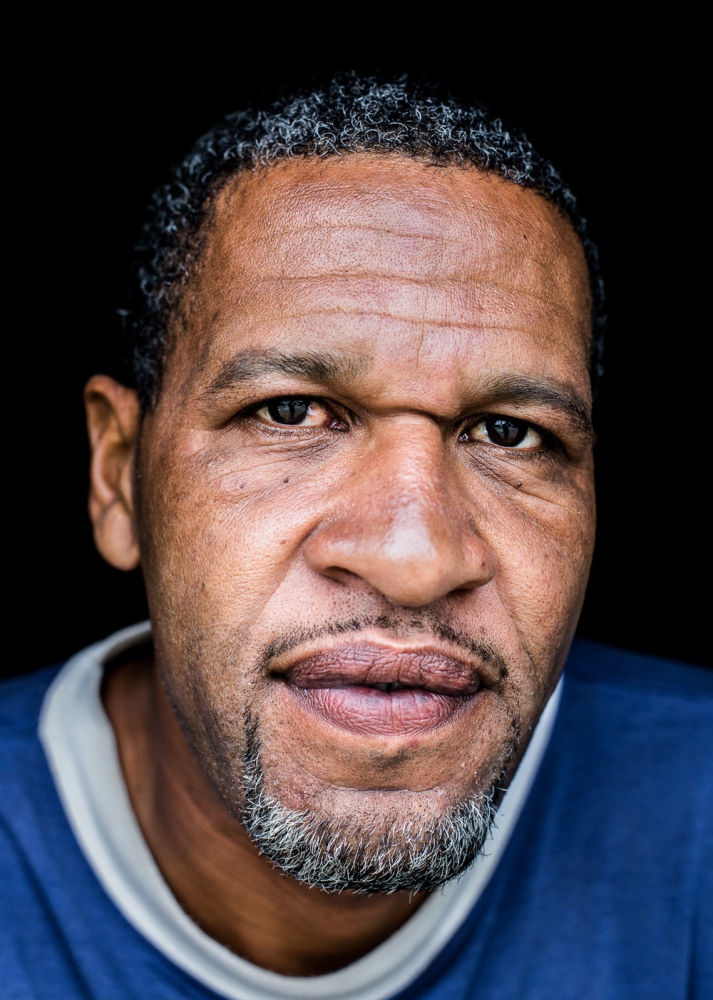 "I came back, I couldn't even speak the language," says Daniel da Silva Santos, 42, who left Brava for Portugal when he was 5 years old and then moved to Pawtucket, RI when he was 7 years old. He says he was deported when he was 29 for armed robbery. He struggles to get work but has family in the States helping him out. He says the hardest thing about his deportation was in 2007, when his 13-year-old daughter was killed in a car accident in the United States and he couldn't go back. 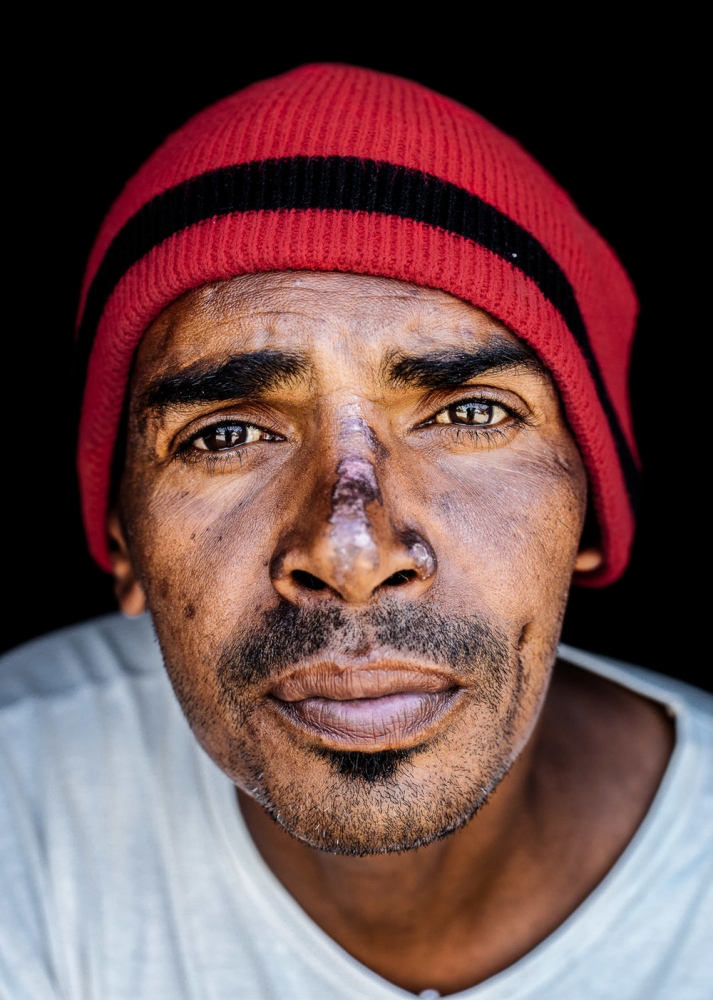 "I left my mom, grandma, everybody," says Celestino DaRosa, 47, who left Brava when he was 11 years old. He first moved to Pawtucket, RI then Tampa, FL. He says he was deported 7 years ago and has three daughters and two sons in the States. "I wish I was back there with my family... it really hurts me." 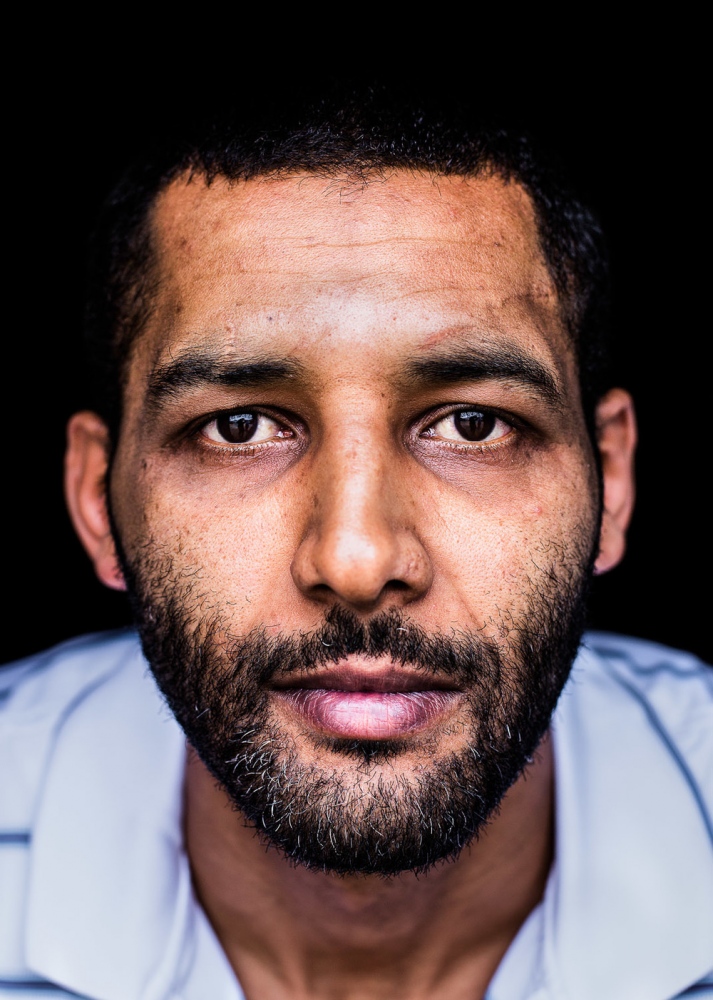 "It was like I was born over there because I didn't remember this place," says Antonio Da Silva, 38, who left Brava when he was 4 years old and moved to Boston, MA. He says he was deported when he was 22 years old for assault and battery of a police officer. "For 5 years [after being returned] I spent my life just drinking," he says. His faith in God has helped him stop drinking and he now owns his own business, a restaurant just off the main town square in Brava. 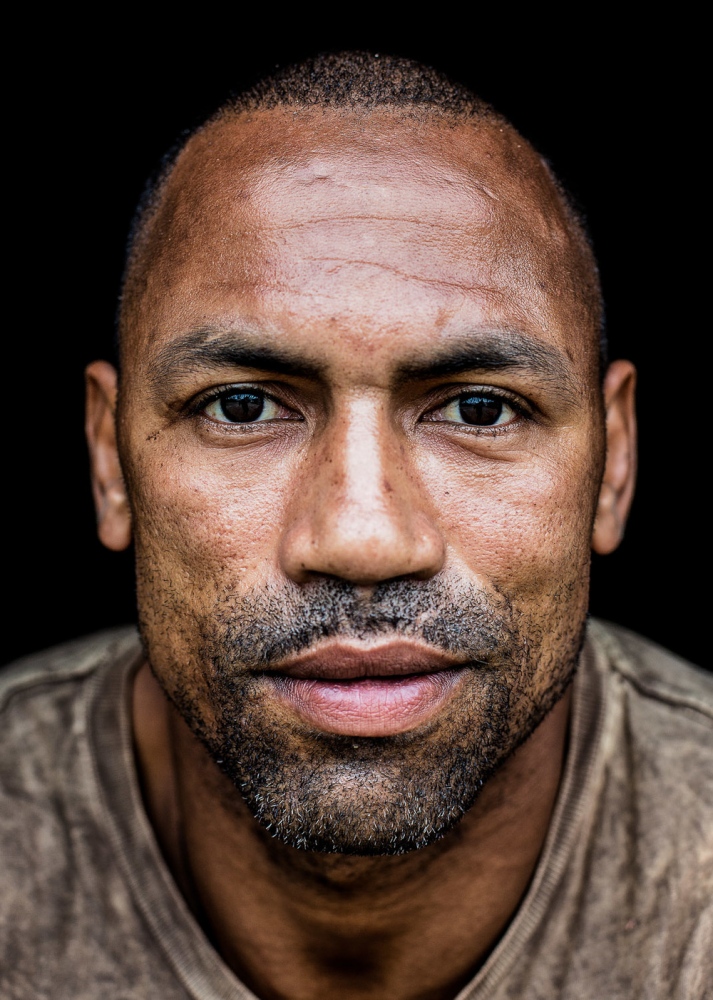 "Here if you don't work, they look at you the wrong way," says Quim Gomes, 42, who left Brava for Dakar, Senegal, when he was 6 years old and then moved to Pawtucket, RI when he was 10. He was working as a cook help at Brown University, where his father and brothers all worked before being deported on November 14th, 1997. "I'll never forget that date," he says with a subdued laugh. He says the mother of his child repeatedly pressed charges for domestic violence but he says he never hit her. Then one day he failed to show up to an immigration hearing and he was deported. He has two kids in the States who he hasn't seen since he left. He is now a licensed electrician and works as mechanic at the Shell gas station in Brava. "Some of [the deportees] they come, they don't look for a job. They want the same lifestyle they had in the States." He says it took him four months after being returned to get work but once people saw him trying, they started giving him work. "I haven't stopped." 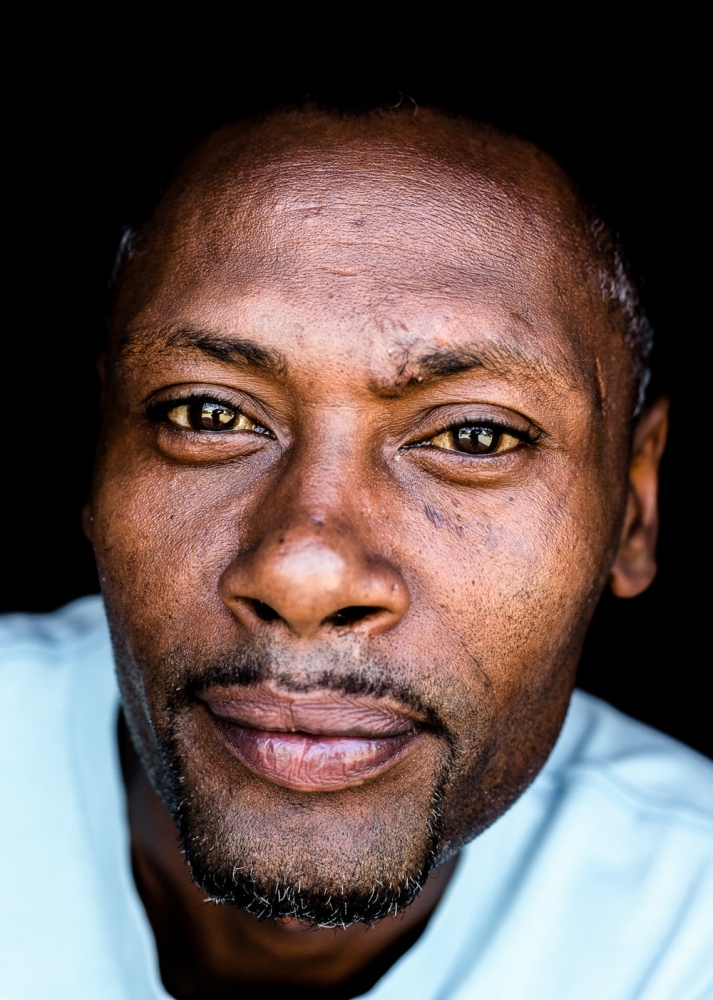 "I used to live the crazy life over there [in the United States] ... It was fun while it lasted but now I'm paying for it." says Alcides Duarte, 40, who left Brava when he was 2 years old. He first went to Portugal and then moved to Brockton, MA when he was 10 years old. He says he was deported for selling drugs when he was 21. He has been out of work for 7 months since the recent election in Brava (when the government changed parties). "Now what? They expect me to steal? They expect my wife to sell her body? ... I gotta eat. My kids' gotta eat. My wife's gotta eat." 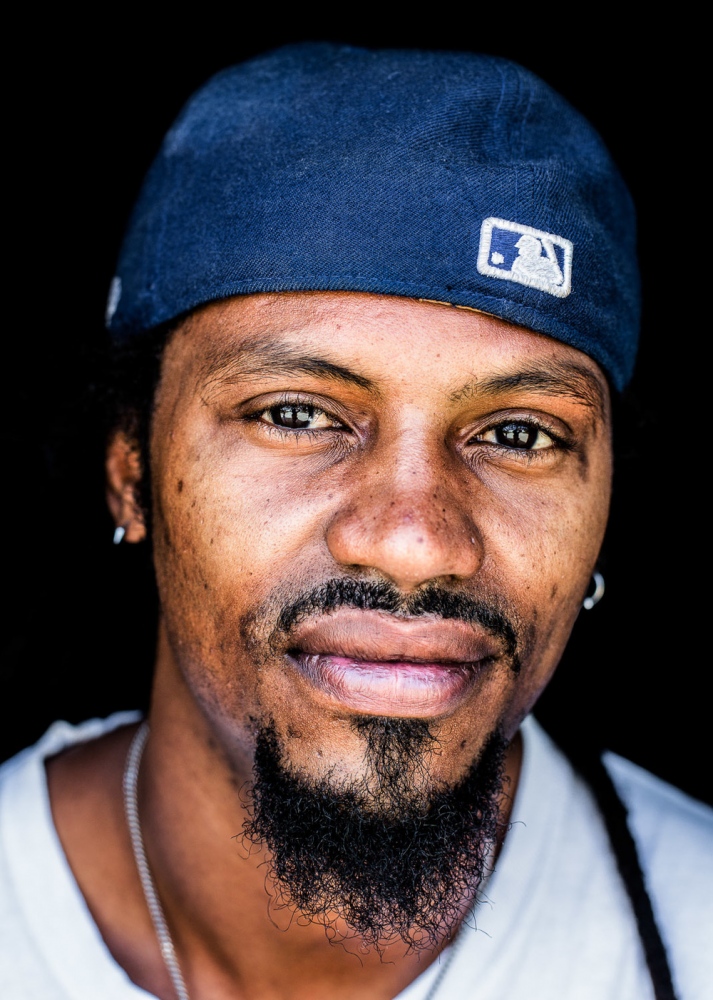 Nicholas Gomes, 38, left Brava when he was 6 months old and lived in Dakar, Senegal until he moved to Pawtucket, RI at 14 years old. He says he was deported back to Brava when he was 24 after several misdemeanor charges for possession of marijuana, resisting arrest, and trespassing. After serving about 4 years in prison, he says he took a plea bargain for 9 months plus deportation. Speaking about the challenge of reintegrating in Brava, he says, "Not everybody can do it, it's hard... Over here there's no jobs. If you have something you know how to do, you just do it." Now he works as a tattoo artist, a skill he learned in the States. He has two teenage sons in the States who he hasn't seen since he left, although they keeps in touch through Facebook. His parents moved back to Brava after he and his brother, Quim, were both deported. 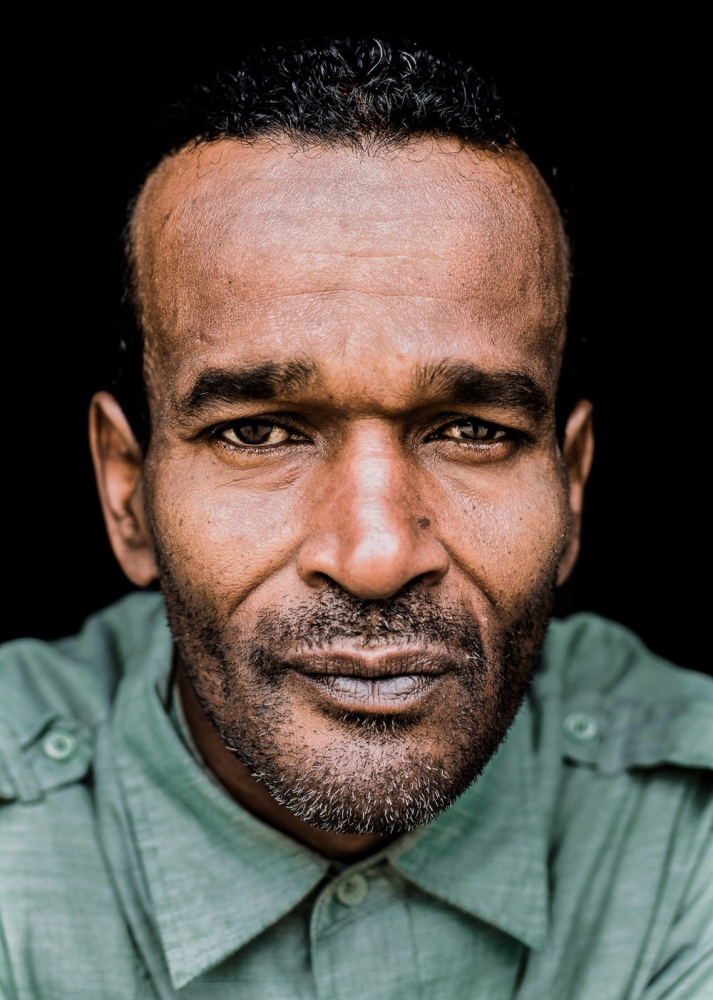 "At first, it was really hard but then its like God gave me a second chance," says Jack Soares, 47, who left Brava for New Bedford, Mass. when he was 7 years old and was deported in 1989 when he was 23. He says his problems began when he arrived in the states. "None of us were bad kids... Everything went wrong for me when I went to junior high," he says. "You hang around a bad apple, you have a tendency to turn into a bad apple." Now works as a fisherman and although he has adjusted better than most, he still struggles with the lack of opportunities, extreme shortage of work, and marginalization of deportees in Brava. "This is like a life sentence," he laments. 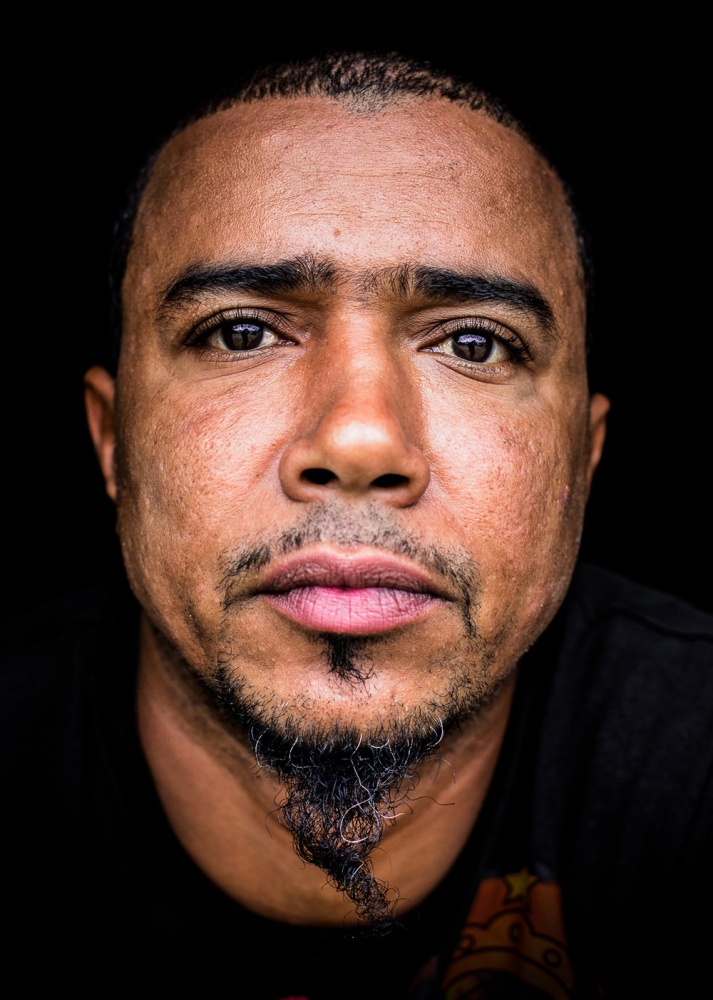 "I'm from a poor family. We lived in the projects. I'm not going to ask my mom for $5,000 for a lawyer," says Enrique Vieira Garcia, 33, who left Brava for Pawtucket, RI when he was 10 years old. He says he was deported when he was 21 for buying alcohol for a minor while on probation. Because immigration law in the United States does not entitle immigrants to counsel if they cannot afford their own, Enrique had no legal representation for his hearings. He was offered a deal to be deported back to Brava instead of facing jail time so he took the deal. "I thought Cabo Verde was like Florida... They told me the place was all green, then I get here its all dirt," he says. "A lot of us over here, we don't have family over here... My hope went down. I had nobody." When I asked him why he never became a U.S. Citizen, he said he just never knew to: "[My mom]'s got 7 kids, by herself, in the projects, she never told us to." 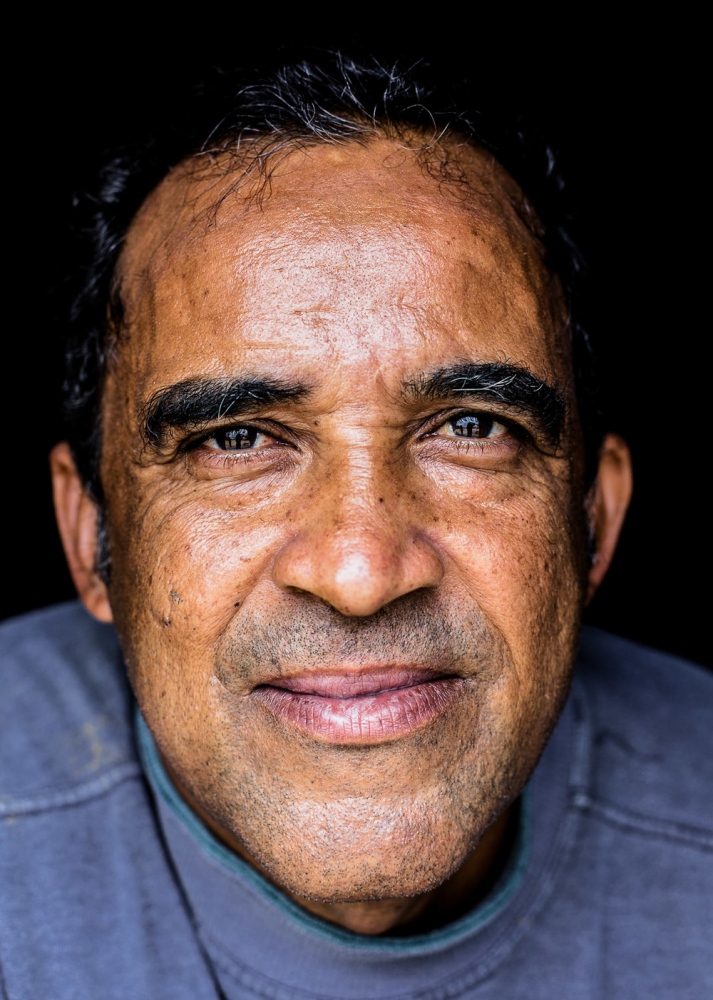 Henrique "Djicke" GonÃ§alves, 52, left Brava when he was 11 years old and moved to Pawtucket, RI where he had four children and lived until 1988 when he moved to Tampa, FL. He says he was deported when he was 39 years old for drug-related offenses. Since his return, he has reintegrated well, joining a church and earning many accolades for his work in agriculture. 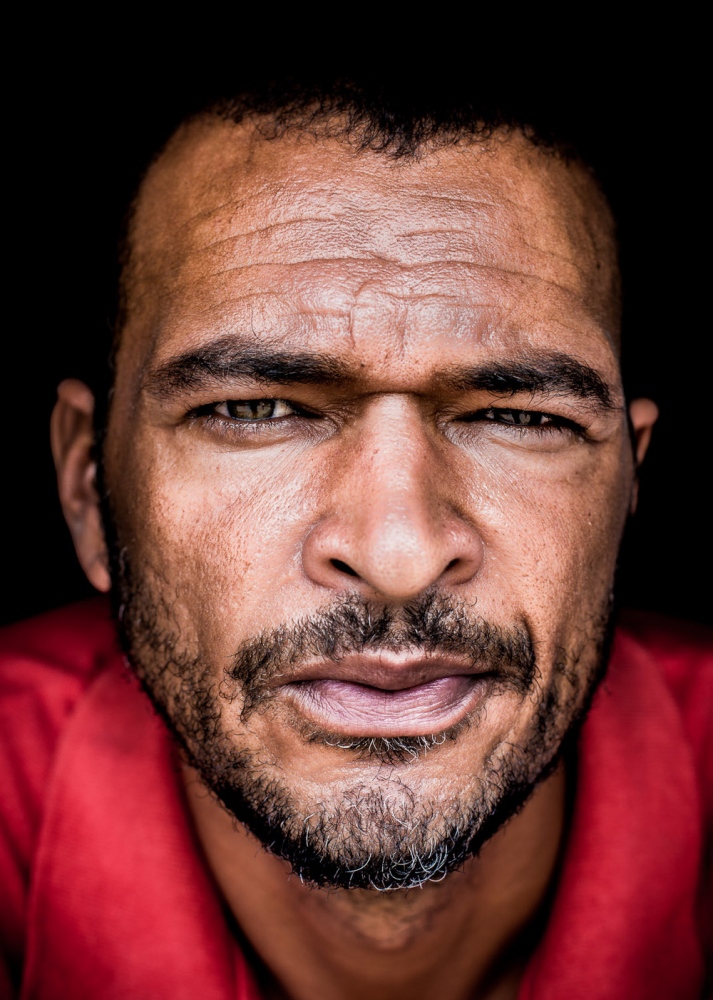 "You get more respect in jail over there than to be here in society," says NapoleÃ£o Gomes, 40, who left Brava when he was 18 and joined the Capeverdean military. He then moved to Pawtucket, RI and was deported back to Brava when he was 35. All his family, including his four children, are in the U.S. "How can you live over here? How can you survive? ... They don't give us jobs, they don't give us education, no water, nothing."